Enter your City name or Pincode

Azamgarh is a city in the Indian state of Uttar Pradesh. It serves as the headquarters of Azamgarh division that consists of Azamgarh, Balia and Mau districts. It is located 279 KM west towards the state capital of Lucknow. The town has been home to Azamgarh Nationalist Movement initiated by Maulana Shibli Nomani. It is the place where some of the most famous books on Islam have been composed. The city is also home to many famous Urdu poets. 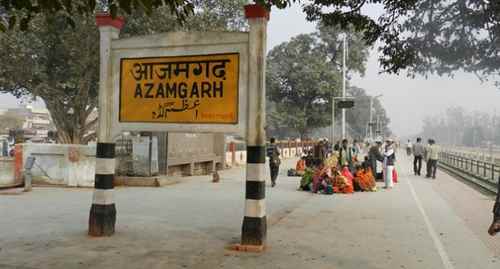 With an average elevation of 64 meters or 209 feet, city is located at 26.068°N and 83.184°E. The district city is situated on the banks of Tamsa (Tons) River. The River Ghaghra makes northern boundary of the district and separates it from Gorakhpur. Azamgarh shares its boundaries with Mau on the East, Gorakhpur on the North and Sultanpur on the West. There are a series of parallel ridges here whose summits are depressed into beds or hollows along which the rivers flow. The soil here is highly fertile and well cultivated. Azamgarh experience a humid subtropical climate with large temperature variations between summer and winter season. While in summers the highest temperature touches 46 °C, in winters mercury falls to 5 °C. The best time to visit here is October to February.

Azamgarh once formed part of the ancient Kosala kingdom except its north eastern part. It is also known as the land of sage Durvasa whose ashram was located in Phulpur district. The city was founded in 1665 by Azam, son of Vikramajit. Vikramajit was a descendant of Gautam Rajputs of Mehnagar who like other predecessors had embraced the faith of Islam. He had a Muslim wife who bore him two sons, Azam and Azmat. Azam gave his name to today's town, Azamgarh. The Goddess Sati is believed to have exhumed her life at Dakhsha's yajna which took place here.

Azamgarh has a rich culture which is a reflection of Hindu culture, Avadh culture of Eastern Uttar Pradesh and Jaat culture of Northern Uttar Pradesh. The official languages of the region are Urdu and Hindi however other local languages like Awadhi, Bhojpuri and Khadi Bhasha are also spoken. The major communities here are Hindu & Muslim and major festivals celebrated are Ramnavmi, Janmashtmi, Shivratri, Dussehra, Deepawali, Id-ul-Fitr, Id-ul-Zuha, Moharram and many more. The folk songs and folk dance of the region are also very popular including Kajri, Chaumas, Ramlila and Ahirwa dance. The majority of the Muslim community here belongs to Sunni sect. There are many delicacies from Mughal and Awadhi cuisines that one can enjoy here. Treating taste buds with local delicacies is a common thing among tourists visiting here. Per census of 2011, Azamgarh had a population of 4,616,509 and boasts about a good literacy rate of 71%.

The economy of Azamgarh is majorly based on agriculture while the industrial base is not very strong. There is a sugar mill here along with some other small scale industries. The major crops grown here are rice, sugarcane, maize, gram, corn, mustard and wheat. There are also orchards of mango and guava that can be found here. The world renowned Banarsi sarees are manufactured in Mubarakhpur region of Azamgarh. Nizamabad, close to the city of Azamgarh, is known for the famous Indian Black Pottery. It is common among the tourists to buy these products made of black clay and rubbed with oil to make it lustrous.

Azamgarh is home to many important historical places including the famous mosque of Rajaji Sahab, Thakurji temple, Dattatreya, Govindsahab, and Avantikapuri. 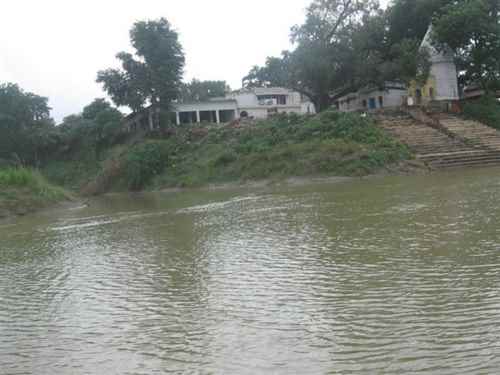 This place is situated 3 KM from the Nizamabad Tehsil headquarters on the sangam of Tons and Kunwar River. The Ashram of Dattatreya rishi is located here that used to be a destination for people in earlier times to get knowledge and peace. Every year, a fair is organized here on the day of Shivratri.

Govindsahab
This place is situated 6 KM from the Atraulia Block. It is believed that Mahatma Govind Sahab had worshipped here. Every year, a big fair is organized here on Agahan sudi Dashmi that lasts for around one month. Cattle like cow, bull, buffalo, camel, horse, donkey and elephant are traded during this fair. 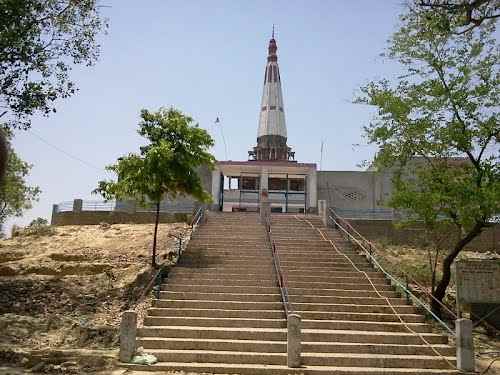 This place is situated in the Muhammadpur block. It is said that Raja Janmejai had organized a Yagya here for killing all snakes on the Earth. There is a popular temple and pond here where people come to take the holy dip. 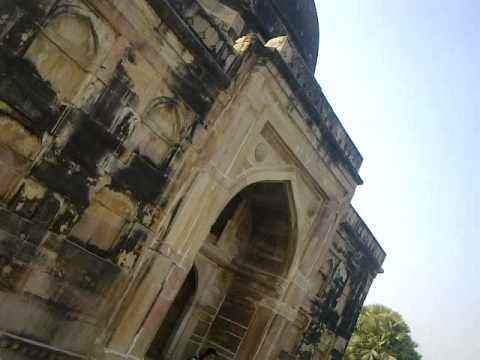 It is a famous fort situated 36 KM to the south east of district headquarters. It was built by king Haribans and there is a huge famous pond here. Every year a fair is organized here.

Deotari
It is an old shrine dedicated to Bhiron Baba and situated in Maharajganj, around 23 KM from the district headquarters. It is believed to be the place where Parvati, the consort of Lord Shiva, exhumed herself in the pyre of Daksha's yajna bedi or pyre on which the yajna sacrifice was to be performed. It is also said that it is gate of the ancient city of Ayodhya. Every month on the day of full moon, a fair is organized here.

Other than this famous temple of Thakur ji and mosque of Rajaji Saheb is situated in Mubarakpur. Also one can visit the famous Gurdwara in Nizamabad where pair of wooden slippers of Shri Guru Nanak is kept.

Are you a Business Owner?

Add the products or services you offer